S M Lockridge, This Is My King!

Listen in as Bob Talks about The Christian Mission. This is a very good teaching! He serves as the Leadership Developer and Missional Strategist for The X-Movement, based in Corpus Christi Texas. The X-Movement is a Christ-centered movement of multiplying leaders committed to changing the course of human history. Their dream is to saturate the Coastal Bend region with reproducing churches and spread throughout Texas, North America, and the world. 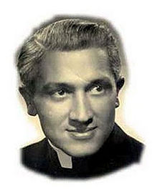 "...was a Catholic priest, theologian, writer on the Catholic church and professor at the Vatican's Pontifical Biblical Institute.  He was a controversial commentator on the Vatican and other matters involving the Church."
Read More Here
Father Martin speaks to Art Bell about Vatican Murders on May 4th, 1998 on Coast To Coast AM.

Download File
Father Martin speaks to Art Bell regarding the Vatican and their solar observatory on MT Graham.  "...knowledge of what's going on in space and what's approaching us could be of great import in the next 5 years, 10 years."

Download File
Father Martin speaks to an unknown interviewer regarding his work, "The Keys of This Blood," which addresses Pope John Paul II's role in bringing about the new world order...

Download File
Malachi speaks again with Art Bell about exorcism in April of 1997...

Download File
And again with Art Bell about exorcism in July of 1997...

Download File
Father Malachi Martin speaks about who is in control of the Vatican...

Nicky Cruz, A Testament of Faith

Nicky Cruz, "(born December 6, 1938) is a Christian evangelist, the founder of Nicky Cruz Outreach, an evangelistic Christian ministry. He was also once the director of Teen Challenge, serving under David Wilkerson, before founding another ministry home himself in California. Prior to his conversion he was the leader of a New York City gang, the Mau-Maus."  This recording is Nicky's testament to the power of the Lord and witness to His miracle of love and how it saved Nicky's very own life.
Read More Here 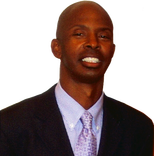